In the United States, there is a big distinction between social programs and socialist programs. Social programs are government initiatives that aim to improve the welfare of citizens in a number of ways. These can include things like healthcare, education, and housing assistance.

There is a lot of debate over which approach is better, but ultimately it comes down to personal preferences and beliefs.

Why Social Programs are Not Socialism?

While some opponents of socialism argue that this assistance amounts to “handouts” that enable idleness, the reality is that most social programs are designed to help people who are struggling due to factors beyond their control, such as illness, disability, or low incomes.

Socialist programs in the United States are few and far between. However, there are a handful of government-run programs that could be classified as socialist. Here is a list of some of the most notable ones:

1. Social Security: This program provides income for retired Americans and those with disabilities. It is funded through payroll taxes and is one of the largest social welfare programs in the country.

2. Medicare: This program provides health insurance for seniors and those with disabilities. It is funded through payroll taxes and premiums paid by enrollees.

3. Medicaid: This program provides health insurance for low-income Americans. It is jointly funded by the federal government and states, and its eligibility requirements vary by state.

4. Food Stamps: This program provides food assistance for low-income Americans. Eligibility requirements vary by state, but generally speaking, households must have incomes below 130% of the poverty line to qualify.

5. Temporary Assistance for Needy Families (TANF): This program provides cash assistance to families with children who are struggling to make ends meet.

There are a lot of misconceptions about Social Security, especially when it comes to whether or not it’s socialism. So let’s set the record straight:

Social Security is NOT socialism. Here’s why: Socialism is an economic system where the means of production are owned and controlled by the state.

Social Security, on the other hand, is a social insurance program that provides financial protection for seniors in retirement. It’s funded by payroll taxes from workers and employers, and it’s managed by the government. But it doesn’t control the means of production, nor does it redistribute resources based on need. It’s a vital program that helps millions of Americans stay afloat in retirement – but it isn’t socialist.

What is Considered Social Programs?

The term “social programs” covers a wide range of government initiatives designed to promote the welfare of citizens.

In general, social programs are designed to protect vulnerable groups from exploitation or poverty and to improve their quality of life. There are many different types of social programs, but some of the most common include healthcare, education, housing assistance, food assistance, and income support.

Social programs can be controversial because they often require government spending on things like public health and education, which some people believe should be provided by the private sector.

Others argue that social programs are an essential part of a humane society and believe that the government has a responsibility to ensure that all citizens have access to basic needs like healthcare and education.

What is the Difference between Socialist And Social Democrat?

There are a few key differences between socialists and social democrats. Socialists generally believe in public ownership of the means of production, while social democrats typically advocate for a mixed economy with both private and public sector ownership. Additionally, socialists tend to favor more radical economic redistribution measures than social democrats.

For example, some socialists may advocate for the complete abolition of private property, while social democrats are more likely to support taxes on the wealthy to fund social welfare programs.

Are Socialism And Socialization the Same Thing?

No, socialism and socialization are not the same things. Socialism is an economic system in which the means of production are owned and controlled by the state, and production is geared towards meeting social needs rather than making a profit. Socialization, on the other hand, is the process by which individuals learn to conform to the norms and values of their society.

Now in a conclusion, we know that social and socialist programs are not the same things. It is totally different. 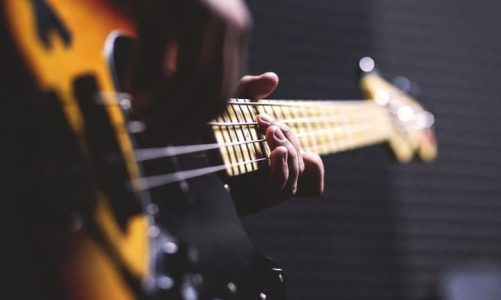